Originally from the tiny town of Sunnyvale, Texas, Dr. Iqbal graduated from New York University with a degree in Middle Eastern and Islamic Studies in 2014. After spending a year working at a bariatric surgeon’s office in Brooklyn, he moved to Las Vegas to attend Touro University Nevada for medical school and then relocated to the Big Island for residency. A first generation American with roots in Lahore, Pakistan, Dr. Iqbal is fluent in Punjabi and Urdu and is proficient in Spanish; in his spare time, he is learning Hawaiian these days! He is thrilled to call Hilo home and falls more in love with this charming island and its wonderful people every day.

Dr. Matthews-Harris grew up in Eugene, Oregon. After earning a degree in culinary arts, she moved to the Big Island 15 years ago. As a cook and waitress, she loved working with and serving the people of Hawai`i, and she decided to go back to school to further those goals. She attended the community college in West Hawai`i and then UH Hilo and Meharry Medical College in Nashville, Tennessee. She is thrilled to come back home to live and work in the place, and with the people, she loves.

Dr. Parra is originally from San Antonio, Texas. He had the opportunity to undergo his undergraduate studies at Brandeis University in Waltham, MA, where he ultimately decided he wanted to pursue a career in medicine. He was fortunate to study medicine in his hometown at the University of Texas Health Science Center at San Antonio. During medical school, he had the opportunity to work at student-run clinics where he treated refugees from all over the world, homeless individuals, and even those affected by addiction. Those experiences helped him decide he wanted to not only pursue medicine, but serve in an underserved part of the country where he can have an impact. He is excited to begin his training in Family Medicine in the welcoming and vibrant community of Hilo and hopes to serve the community in the most impactful way.

Dr. Patel was born and raised in Limdi, Gujarat, India. She attended medical school in Vadodara, Gujarat, India before relocating to the USA. Medicine has always been the center of Dr. Patel’s life as a second generation physician in her family. She loves to practice patient-centric medicine with focus on women’s health. Being a foreign medical graduate, it has been a long journey for Dr. Patel and she is excited to continue her journey on the Big Island serving the community. Moving to Hawai`i has been a magical moment for her. Mahalo no kēia manawa kūpono.

Dr. Cho was raised in Los Angeles and is fluent in Mandarin Chinese. Prior to medical school, he studied in health management, policy, and health law. In medical school, he was intrigued by the patient-centered medical home model, community medicine and preventive health education. After medical school, Dr. Cho volunteered aboard to work with the underserved population. Dr. Cho wants to plant his roots in Hawai`i, to become a community physician and aims to increase health access for our patients.

Dr. Higa was born and raised on the island of Maui, in the little town of Paia. She moved to Washington state to attend Seattle University where she earned a degree in Biology. She later moved to Yakima, Washington to earn her master’s in medical science and attended medical school. With the majority of her family still in Hawai`i, her goal has always been to return to the islands. She is so happy to be here and is eager to contribute to this wonderful community.

Dr. Maisu grew up in Vista, CA. She has always been drawn to the Pacific Islands because of her Samoan heritage. During college, she did a summer internship at LBJ Medical Tropical Hospital in American Samoan which ultimately solidified her decision to pursue medicine. She lived on Oahu and worked at Tripler Army Medical Center before attending medical school. When she left Hawai`i, she was determined to one day return home. It has been a long road. Now, with a husband and 2 young boys, she is so happy to be back and she looks forward to serving her community. 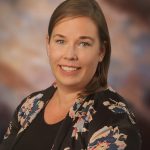 Dr. Moore says she took the long road to a career in medicine with careers in the nonprofit and film industries before finding her role in the healthcare field as an advocate and physician. A native Texan, she did her medical training in Dallas, Texas at University of Texas Southwestern Medical Center and dreamed of making Hilo her forever home. She has a strong background in community health and loves working with populations needing comprehensive, patient-centered care, including LGBTQ populations, domestic violence survivors, and patients with multiple chronic conditions. She looks forward to immersing herself in the vivid culture of this beautiful place, and she says she keeps pinching herself to make sure this isn’t all just a dream.

University of Utah School of Medicine

Dr. Steele lived and worked on the Big Island prior to moving to Salt Lake City, Utah for medical school. She is originally from North Carolina where she attended the University of North Carolina Asheville, but has once again made the Big Island her home. Dr. Steele has a background in mental health and extensive work history with underserved and incarcerated populations. She continues to have a strong interest in women’s health, reproductive justice, and health equity. After leaving mountain biking, rock climbing, and skiing back on the mainland, when she is not at work, Katey enjoys all kine outdoor adventures whether it be hiking in Volcanoes National Park or swimming with turtles.

University of Hawai`i at Manoa John A. Burns School of Medicine

Dr. Takane was raised in Hilo. She was first a Waiakeawaena Menehune, then a Waiakea Titan and Warrior, and then a University of Hawai`i at Hilo Vulcan. As a graduate of the John A. Burns School of Medicine, she is grateful for the opportunity to return home to work and train with the awesome people at Hilo Medical Center and the Hawai`i Island Family Health Center. She is especially interested in geriatric care. Her favorite places are near the ocean and at home with her dogs and family. She is honored to be able to serve the people of the Big Island.

AT Still University School of Osteopathic Medicine in Arizona

Dr. Hazama grew up on the island of O`ahu and attended AT Still University School of Osteopathic Medicine in Arizona, training in large part on the Waianae Coast of O`ahu. He is recognized for his excellent OMT skills. He served as Chief Resident, and quietly and humbly led residents, while role modeling compassionate care and professionalism.
Dr. Hazama is currently pursuing a fellowship in Geriatric Medicine at University of Hawai`i at Manoa.

Dr. Yamashita attended Keck School of Medicine at the University of Southern California. Over the course of his residency, he demonstrated leadership as Chief Resident and outside the clinic as an active member of his church and by organizing a multi-disciplinary training attended by representatives from several health systems in our community. In recognition of his accomplishments, he was inducted into the Alpha Omega Alpha Society. Having been inspired by the complexity of his patient panel in Hilo, Dr. Yamashita joined Stanford University’s Addiction Medicine Fellowship program after completion of his residency. With the contacts, knowledge and experience he gains during this fellowship year, he plans to return to Hilo in order to advocate for foster youth and to offer enhanced Addiction Medicine services to our patient population.

Kallan Montgomery, MD, graduated from the University of Pretoria in South Africa in 2010. She then spent 3 years working both in private practice in South Africa and as a Ship Physician onboard Princess Cruise lines. While onboard, she met her now husband who is a flight paramedic. She moved to Arizona in 2015 and then to Hawaii shortly after to complete her residency here at Hawaii Island Family Medicine Residency Program. She currently works as a family physician at the East Hawaii Health 1285 clinic and enjoys precepting residents in both the outpatient and inpatient. Dr. Montgomery has a special interest in HIV medicine. In her free time, she thoroughly enjoys the outdoors – swimming, paddleboarding and hiking with her husband and dogs.

Having grown up in Hilo, Dr. Trask-Batti attended medical school at the University of California, Davis School of Medicine, and is a Native Hawaiian Health Scholar. Prior to medical school, Dr. Trask-Batti completed an MPH in health policy and management, graduating with Honors from the University of Hawai`i at Manoa. Throughout residency, she continued the work she started with the Department of Native Hawaiian Health, presenting an excellent Grand Rounds presentation on cultural competency and la`au lapa`au.
Dr. Trask-Batti is currently serving the families and individuals of East Hawaii as a private practice physician.

“Originally from eastern North Carolina, Dr Giani moved to Kaua’i for surf and quickly fell in love with the people, food, and culture of Hawai’i. After completing a degree in Biology at UH Manoa, medical school in the Caribbean, and residency in Hilo, Dr Giani joined private practice on the North Shore of Oahu.”

She now lives on Oahu and serves the Mililani community as a full spectrum family medicine physician.”

“Born and raised on the island of Oahu, Dr Kong completed her BA and MD in Boston. As a medical student, Dr Kong was privileged to work alongside individuals who found a calling in serving the underserved. She now serves the Waianae Coast on Oahu as a full spectrum family medicine physician.”

“Originally from the Czech Republic, Dr Molfino completed her medical education at Charles University in Prague, founded in 1348 and one of the oldest universities in Europe.  She first came to the Big Island in 2009 for a vacation and several years later, began her residency in Hilo. Dr Molfino is currently working in Mesa, Arizona, as a full spectrum family physician.””

Dr. Yamaguchi graduated from Ross University School of Medicine in Roseau, Dominica. He currently serves as a family physician at Hui Malama Ola Nā ʻŌiwi, a nonprofit organization in Hilo, Hawaii whose mission is to uplift the health of the Hawaiian nation.

Dr. Akiona was born and raised in Hawaii and graduated from the University of Pittsburgh School of Medicine. She is currently working diligently with Premier Medical Group Hawaii to address the COVID-19 pandemic throughout the Hawaiian islands.

Dr. Shchedrina graduated from the Russian National Research Medical University. She currently serves as a family physician with Rural Health Clinics in Hilo, Hawaii in both the outpatient and inpatient setting.